In Memory of My Grandad 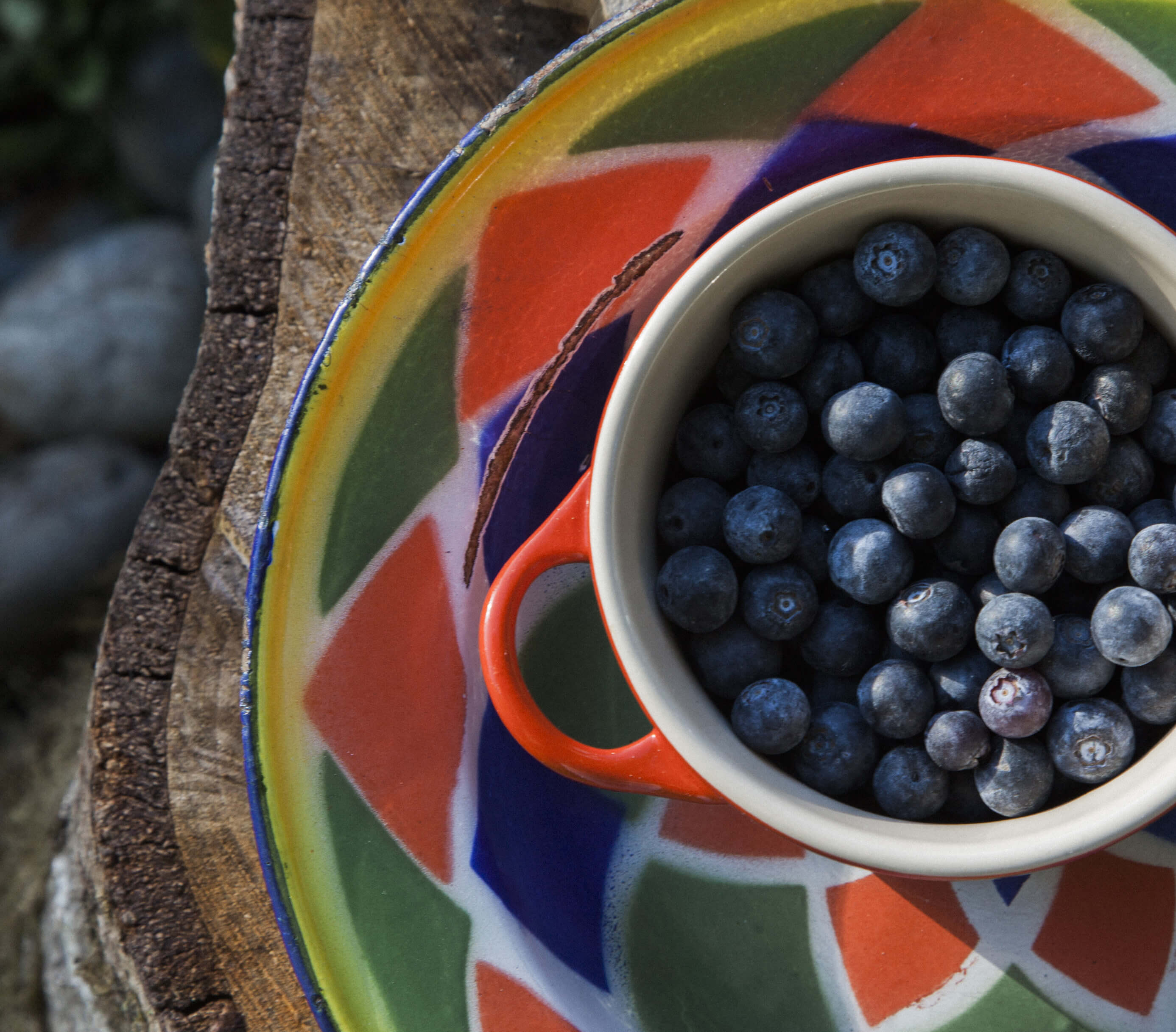 Canning relies on science, but my Grandpa Charles’ jam was nothing short of an art. As kids, Mom and her three brothers would collect pails of berries in the woods behind their Michigan farm. Then she’d climb up on a stool and watch in the kitchen while he’d crank up the Grand Ole Opry and encourage her to sing along.

After he died in 1972, Mom tried for years to replicate her favorite version, his blueberry jam. Grandpa Charles never wrote down any specifics. She could never quite capture the flavor.

Three years ago, she came along with me on book tour to the great bookstore, Malaprops, in Asheville, N.C. We stopped for breakfast at the famed Tupelo Honey Café. The waitress dropped off a pair of huge, flaky biscuits, a chilled ramekin packed with soft, sweet butter and a small bowl of dark jam. As mom and I chatted, she spread the butter and jam on her biscuit. Then, she took her first bite and her eyes grew wide. She put down the biscuit and began to cry.
“Mom, mom! What is it?” I asked, alarmed, as she started digging in her purse for a tissue.
Completely overwhelmed by tears, minutes passed before she could speak. “It just that this tastes just like my Dad’s jam,” Mom said quietly, dabbing her eyes. “It made me miss him so much all of sudden.”
She blew her nose as she tried to collect herself, her face fresh with grief.

“You know, I never got a chance to say good-bye to either of them. Not really.”

Grandpa Charles had been sick for months, but died suddenly following a fall. Her robust mother died unexpectedly at age 67. At her funeral, everyone wore the same startled look of shock and anguish. No one saw it coming.

My father passed away when I was 13-years-old. No one had ever told me that he had cancer. I’d sort of figured it out, eavesdropping on hushed conversations. Still, I was blind-sided. I don’t blame anyone for not telling me—I was a kid. But like mom, I never had a chance to say good-bye to him.

We sat quietly, eating our biscuits and jam. It made me wonder, what would I have said to my father if I had known then it was our last conversation? I’d have told him that I loved him. But he knew that. I didn’t know then to tell him that I’d miss him every day for the rest of my life. That I’d be lonely for him on every Father’s Day, and I would pretend to be happy when he wasn’t there at my graduations or the day I married.

If could have one brief conversation with him one now, I’d ask the secret to his chicken and dumplings.
I’ve been trying to make my father’s version for more than 30 years ago. The dumplings vex me. They’re always soggy or bland or both. What am I doing wrong? So irrational, but somewhere my heart believes that if I can get that recipe right, I can have him back, just for a moment. Just for one bite.

All this, from a bit of jam on a biscuit.

The key to making blueberry jam taste like Grandpa Charles’s turned out to be a simple shift in ratio: less sugar, more berries. This recipe, adapted from the Tupelo Honey Café cookbook (Tupelo Honey Café: Spirited Recipes from Asheville’s New South Kitchen), is excerpted from my book, Burnt Toast Makes You Sing Good: A Memoir of Food and Love from an American Midwest Family (Viking/Penguin).