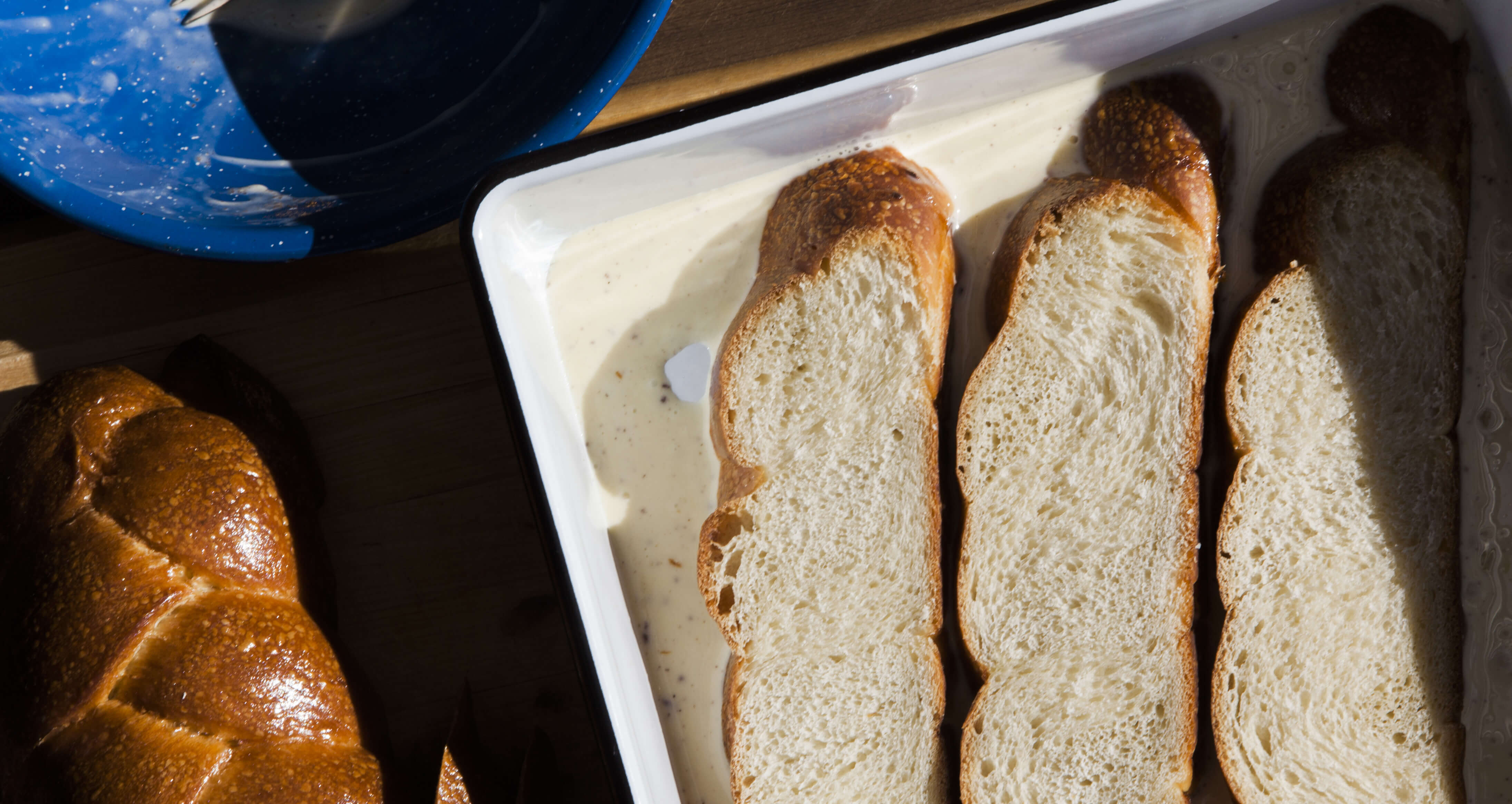 Saturdays were special days at my grandmother Sylvia’s house in Queens. We would arrive on Friday night from New Jersey and sleep over on pullout couches in the upstairs guestroom. My brother and I would stay up at night talking, not wanting to go to sleep since the next morning meant breakfast with Sylvia. She was not your typical grandmother; she was rather a tough woman with a chip on her shoulder and a lot to be angry about, but we were her loves. Her kitchen was a special place where we would come downstairs as early as possible and help in some way to make French toast with leftover challah.

I recall a few special things about this meal. First, this was not breakfast for the whole family—no, no. Sylvia would make this for just my brother and me. The pieces of challah were thick-cut and a bit stale. My job was to soak the challah in the egg wash. Sylvia buttered up the pan and fried them until they were browned and cooked through.
Second, even though Sylvia kept a kosher household, for some reason she forsook her own religion to cook us bacon—which later I attributed to the overwhelming appeal of bacon’s intrinsic character. I think she knew we loved it and did not want us to be without it. I think she secretly loved it as much as anyone does.

Finally, after I devoured all the French toast, syrup, and bacon a five-year-old stomach could fit, Grandma Sylvia would reach above the refrigerator and pull down a box of White Eagle chrusciki, a Polish fried dough covered in powdered sugar. The three of us enjoyed this special morning moment together and all of it was our secret—the sugar infusion, the selfishness of it, the bacon, and the fried dough.

These were some of my first food memories, and my grandmother Sylvia was one of my first inspirations.
My grandmother died years later after moving to Florida. She smoked her whole life, lost her eye to cancer at a young age, and eventually gave in to lung cancer around the age of seventy-seven. She had a tough life, and while the science points to her smoking being the cause of her death, I believe that if she had just had more times enjoying life the way she did with us on those Saturday mornings, she would have beaten anything that came her way.